The Ministry of Health of Somalia says a Somali citizen aboard Ethiopian Airlines, from Liaoning, China has been isolated at the Aden Abdulle Airport.

The unnamed individual will undergo a series of tests & cross-examination. So far, there are no signs or symptoms of COVID-19 detected.

According to the Minister, the passenger, a Somali national was from Liaoning in China and had passed by Ethiopia but it is not clear how long he or she stayed in Ethiopia.

Tuesday’s case is the first incident of isolation and quarantine in Somalia since the Coronavirus outbreak in China early this year. Somalia is also planning to take action against airlines that violate the health regulations and asked the public to remain vigilant but not panic.

So far, African countries have confirmed Covid-19 with 55 cases in Egypt. The first case was reported on February 14. The foreigner was the first known infection in Africa, who is said to have recovered and discharged. The country has the highest number of confirmed cases in Africa, with 55 people testing positive, and one death so far.

Algeria has twenty (20). Of the confirmed cases as of March 4, 16 come from the same family in Blida Province, about 30km South of the capital Algiers. The family had hosted a Frenchman and his daughter, who tested positive on return to France.

Nigeria stands at two (2). An Italian national tested positive in Lagos on February 28. He had travelled from Milan. He was the first known case in sub-Saharan Africa.

The first case was of a Frenchman who had travelled from France. His wife tested positive two days later. The others are a Frenchman and a British woman.

Togo is at one (1). The West African country on Friday registered its first case of coronavirus. The patient, 42, had visited Benin, Germany, France, and Turkey in late February and early March.

Burkina Faso has two (2). The landlocked country in West Africa on Monday confirmed two cases of the Covid-19. The two, a couple, had returned from France and have been quarantined.

South Africa has reported seven (7). The first case in Southern Africa was reported on March 5. The patient had travelled from Italy, in a group of 10 including his wife, through Dubai to the Eastern city of Durban, according to the health ministry.

Cameroon also confirmed two (2). The first case was reported on March 6, that of a 58-year-old French national who arrived in the capital Yaounde on February 24. The other patient the Minister said is a Cameroonian who has been in close contact with the first confirmed case and has been placed under monitor like the other. 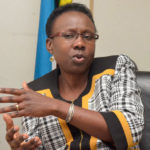 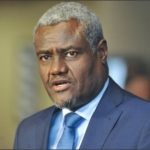