Three major Teachers’ Unions at the Ghana Education Service have made a clear intention to embark on a nationwide strike beginning Monday, December 9, 2019, National Telegraph has confirmed.

In a joint press conference held in Accra the capital city of Ghana, the teachers reiterated their intentions, citing the strike has been triggered by the failure to pay legacy arrears from 2012 to 2016.

The Unions say the teachers don’t have any special interest or benefit going on strike but it appears to them such is the only means and best option through which the Government will listen to their pleas.

On Thursday, November 28, 2019, they were called by the Minister of Employment and Labour Relations in the presence of representatives of the Ghana Education Service (GES) and the Controller and Accountant General’s Department (GAS).

Reports say the meeting according to the Unions was to discuss their arrears that to date nothing fruitful has been achieved. On the sideline, a political movement aired its views to National Telegraph on the matter.

The Deputy Commander-in-chief of the Economic Freedom Fighters of Ghana, Anthony Akudago described the situation as very sad. He furthers that teachers in Ghana always stand on the deprived side of life.

He went on that teachers suffer a lot in the hands of every government official in Ghana, adding never has he heard of Ministers going on strike all because everything due them is given at the appropriate time. 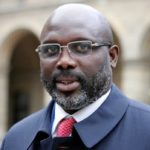 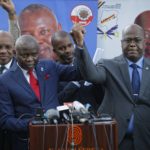 This Is Exactly What Happened To Cameroon’s Constitutional Council President!