Agathon said electoral observers from his party were chased away from polling stations. The country awaits results from yesterday’s presidential voting.

Burundi went to polls yesterday, Wednesday May 20, 2020 despite the Coronavirus pandemic that has put most world activities at a standstill.

“There is a massive electoral fraud, our representatives mandated to follow the electoral processes to the end have been chased, so how can you agree on that,” Rwasa said.

Rwasa has been battling with the Gen Evariste Ndashimiye, of ruling party CNDD-FDD party who replaced President Pierre Nkurunziza.

Rwasa, 56, is an ex-leader of Hutu rebels of the National Liberation Forces (FNL), running under the banner of the National Congress for Liberty, known by its French acronym CNL.

Results are expected in seven days from the day of voting. The voting was concluded calmly yesterday countrywide.

Fewer than expected international elections monitors due to the ongoing global pandemic took part in the process.

Toward the last days of campaigns, the government as well announced that international observers would be quarantined for 14 days to stop the spread of COVID-19.

Meanwhile, while voting was underway, the government shut down popular social media platforms like WhatsApp and Facebook to minimize the spread of information.

If transition becomes successful, it will be the first democratic transition since independence, 58 years back.

President Pierre Nkurunziza’s 15 years of the regime has been characterized by gross Human Rights abuses.

Burundi now has 42 confirmed COVID-19 cases with only 1 death, according to information from its Health Ministry, Thursday May 21, 2020. 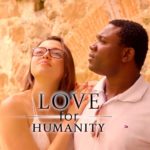 From Ekondo Titi In Cameroon, His Movie Is Setting A Paragon In Afro-Mexican Cultures. 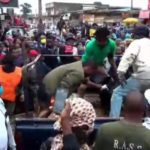