At least one policeman has been killed by a terrorist group in the Center-North of the landlocked West African country of Burkina Faso, the country’s National Police said in a statement, Tuesday October 29, 2019.

According to a press release, a copy of which National Telegraph has obtained, a policeman named Ouedraogo Abdoulaye has been killed by a purported terrorist group.

The statement says the attack took place at Karentenga, a locality in the Bam province, in the Center-North of Burkina Faso.

As narrated by the press release, the incident occurred in the night between the 27 and the 28 of October, 2019.

Armed men have attacked a police station situated near to a gold panning site. It was at the time of the response of the security forces to this attack that the policeman was fatally wounded and killed.

In addition to sending condolences to the family of the deceased policeman, the police chief has called for vigilance and encouraged the spirit of sacrifice of the security forces.

The Director General of the Burkina Faso National Police, Jean Bosco Kienou also urged the population to collaborate with security services for an effective fight against terrorism. 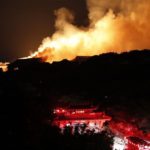 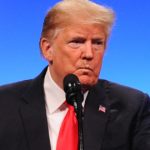