Home » The Laws Were Tough, Still Are, But Uganda Now Has Nine COVID-19 Cases!

Uganda has registered more eight cases of Coronavirus, the health Minister, Ruth Aceng confirmed last night. This shoots to a total of 9 cases who are all Ugandans. Uganda confirmed its first case on March 21, 2020.

The 8 new cases are all Ugandans who were all from Dubai. Among the cases, six were intercepted at Entebbe International Airport and two were picked from the areas of self-quarantine.

“All the eight cases are Ugandan nationals who traveled back from Dubai, United Arab Emirates, two on March 20, and six on March 22, 2020, aboard the Emirates and Ethiopian airline flights,” Aceng said.

“Dubai was not among the high-risk countries. From what we are seeing we are not sure what was reported was the truth,” she added.

She called upon those who traveled to Dubai recently and have not been put under mandatory quarantine to report to the health ministry. Ugandans after the announcement of more eight cases strengthened and stricken measures into work, joining the authorities without force.

The usual commuters that transport people around the city designed to carry 14 passengers have been reduced to 8 to maintain the four meters distance, following an order from the president.

The drivers of the taxi commuters who defiled preventive measures and carried 14 passengers were intercepted by traffic police officers and held for hours.

All arcades and bus parks have taken preventive methods with hand sanitizer and washing of hands with an increase in the sale of hand sanitizer and face masks at exorbitant prices. The aspect of social distancing in Kampala is still alarming especially in the markets since the city is big and densely populated.

Also, a source in the office of the Inspector General Police who preferred anonymity also told National Telegraph that some Regional Police commanders and District Police officers have been transferred having been suspected of corruption in smuggling out patients from quarantine and letting in people on borders. 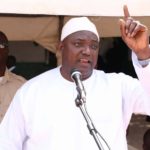 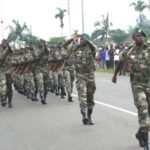 Funniest Google Search On Mayor Ekema After His Queer Death To Nirvana, Jahannam.