Home » The University Of The Gambia, Others Win Standards Bureau Awards.

The University Of The Gambia has won The Gambia Standards Bureau Annual National Quality Awards, National Telegraph has confirmed.

The event that took place during a gala dinner at the Senegambia Beach Hotel in Senegambia, Kololi, a resort town on the Atlantic coast of the Gambia was highly attended.

Mamburay Njie, Gambia’s Finance Minister speaking on behalf of the Trade, Industry, Regional Integration and Employment (MoTIRIE) said the first National Quality Awards was organized by The Gambia Standards Bureau, in collaboration with the MoTIRIE.

He said the objective of the awards ceremony is to raise awareness on quality and thereby enhancing quality culture management principles by enterprises.

He added that the aim is intricately linked to the ideals of regional integration in ECOWAS, a portfolio that falls under MoTIRIE.

“Since inception, the ECOWAS Commission continues to pursue diligently the integration of the regional market and to increase intra-regional trade,” he said.

“The policy clearly articulates the challenges, roles, and responsibilities of those responsible for the various pillars of the Quality Infrastructure and indeed the important role of the private sector, civil society actors and consumers awareness,” he said.

Papa Secka, Director-General of Gambia Standards Bureau for his part said The Gambia has a number of National Awards but this one is unique.

“It’s the only one that recognizes and rewards investments and commitment to quality by enterprises based entirely on the flagship international standard for the management system.”

Secka said the award is internationally recognized standard by which an enterprise/institution/organization, regardless of size or field of operation, can prove that it often referred to as the passport of goods and services.

“ISO made a survey of companies certified to this standard in the world, it turned out that China had the highest number. This in itself is enough to signal why our enterprises and organizations should embrace this standard,” he said.

The Gambia Standards Bureau was established by an Act of Parliament in 2010 but it began operations in 2012. As the National Standardization Body, it is mandated to be responsible for Standardization, Testing, Certification, Inspection, and Metrology. The Bureau is a member of ISO and IEC. 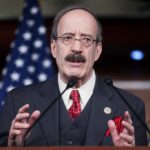 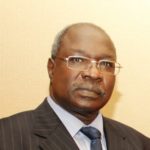