Home » The Whole Truth About The Yaoundé MINEPAT Sex Tape…!

Based on the coat of arms of Basse-Terre, capital of Guadeloupe the French overseas colony has a black or red field with a yellow sun and a green sugar cane, and a blue stripe with yellow fleurs-de-lis on the top as flag, though unofficial. It’s the largest and most populated European Union territory in North America and uses Euro.

As much as it’s away from France though its territory, no one can predict what it shares in terms of carnality. After all, ‘no man no well’ meaning none is perfect! A 28-second sex tape purported to involve a female Finance Director at the Ministry of Economy, Planning and Regional Development (MINEPAT) in Yaoundé, Cameroon has gone viral.

The carnally disconcerting video that according to its broadcaster was meant to shed bad light on the Biya Regime also had the picture of an innocent woman circulating with it claiming she’s the one in the sex tape. That was a suicidal gesture for an unsponsored opportunist.

The Yaoundé Regime is bad as many can concretely attest and dismantling it can be of essence to any Justice seeker but not at the detriment of an innocent woman whose picture has been circulated alongside a sex tape downloaded from a pornographic site unrelated to Cameroon.

National Telegraph pride self in Concise, Objective and Investigative Reporting. Based on these tenets, our Investigative Team found out that the risqué video circulating on social media said to be of a female MINEPAT Finance Director is a hoax.

The video truly exist but It’s of a Haitian Guadeloupe employer which can be Goggled on; “Haitienne guadeloupe patron an yap tete krek li sou buro travay la” This would take you to a pornographic site from which that video was downloaded. Just for the records, National Telegraph has confirmed there’s no such thing as Director of Budget or Finance in the organogram of MINEPAT.

Therefore, any MINEPAT Director’s office in Yaoundé would simply be top-notch but the unprepossessing or should I just say plain-looking one in the real but fake video couldn’t have been any MINEPAT office anywhere in Cameroon. In all, the video is real because it actually exist. It’s also however fake because it isn’t in Cameroon. 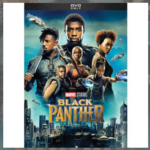