Home » This’ An Excellent Example From Gambia’s Suspected Coronavirus Patients That The World Must Copy!

Gambia’s Ministry of Health announced, Monday, March 23, 2020, some of the patients who escaped quarantined are already surrendering themselves.

The Director of Health Promotion at the Ministry of Health, Momodou Njai, didn’t confirm the number of returnees. “As of now, I couldn’t give you a cumulative number of people who reported back for quarantine but a number of them have surrendered themselves,” stated Njai.

Njai further stated that the escapees’ failure to show up for quarantine is a huge threat to public health for which they could be prosecuted. “Some people are harboring them but we want to appeal to the general public to desist from this as it can pose a public health hazard.

The Ministry of Health reported that at least 14 individuals who traveled from the UK to The Gambia fled quarantine on Wednesday, March 19, 2020.

But later update that there were 124 people quarantined at various locations, seventeen absconded from quarantine centers posing a great risk to their families and the general public.

The Gambia then moved to cancel flights from a total of 13 European countries. Much pressure is also being put on the Government to close all Gambian borders as a precautionary measure against the Coronavirus outbreak.

So far, four cases of Coronavirus have been confirmed and one died. The Ministry of Health announced on Sunday, March 22, 2020, that a 70-year-old Bangladeshi man tested positive for the Coronavirus had passed away after traveling in the country for a preaching mission. 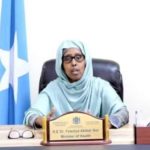 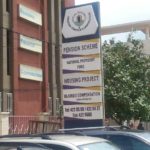