Home » This Is The Only One Request Ugandans Are Asking Their President Amidst COVID-19!

With over one million people worldwide infected with Coronavirus, half a billion people are still confined in their homes, either working online, studying or engaging their friends, while others have lost the battle to the virus.

On March 21, 2020, Uganda’s anti-COVID-19 virginity was blocked by Ugandan who traveled from Dubai aboard Ethiopian airlines.

This increased phobia, with many running from urban centres to rural areas, for fears of high costs of living and high transmission risks due to congestion.

COVID-19 cases increased in a few days to 52 and this sparked discussions among politicians, academicians, and medical personnel whether Uganda would be successful, given the devastating news that was coming from Italy at the time.

However, the narrative has of late positively changed regardless of the tough measures issued by the Head of State, Yoweri Museveni, stretching from the closure of schools, ban of public, political gathering, shopping malls and government offices, to shutdowns and curfews.

Failure to adhere to these directives earned the culprits an arrest to the government main prison, Luzira prisons, and this prompted the public to join the struggle by reporting any suspected cases to police.

The country seems to be winning the battle for the last 6 days; since Monday, April 6, 2020, the country has registered only one new case which puts the cases at 53.

The good news came in yesterday, when the Health Minister, Ruth Aceng announced that three patients have fully recovered and are ready for discharge.

“The total number of active confirmed cases of COVID-19 in Uganda had dropped from 53 to 50,” reads the health ministry statement signed by Dr. Henry Mwebesa, the Director of General Health Services.

Aceng said about 15 more patients have tested negative twice and are considered cured, adding they will most likely be discharged this Monday, April 13, 2020. Aceng was joined by Prime Minister Ruhakana Rugunda to discharge the patients from Entebbe Grade B Hospital.

However, the patients didn’t consent to be filmed in the media. Rugunda, while speaking to the press, asked the public not to discriminate against the patients in their localities.

According to Mwebesa, about 4856 samples have been tested, where 244 individuals are under institutional quarantine while 588 contacts to the confirmed cases are under follow up.

There is a general relief in the country, with many jubilating on social media while others praising the Health Minister, calling her ‘Our Woman’.

The lockdown has been characterized by an iron hand by security officers beating up defiant, the distribution of food by the government to vulnerable and imprisonment of corrupt officials.

With only three days left to end the mandatory lockdown, Ugandans have taken their petition to social media asking Museveni to disregard the extension of lockdown. 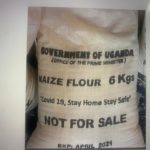 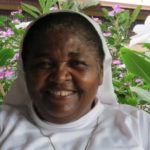