Home » This Is What BBF Is Doing In Ghana, Nigeria, Cameroon This December, January For Christmas, New Year!

The campaign dubbed Christmas Bonanza Party For Refugees, IDPs and Prisoners kicks off, Wednesday, December 18, 2019, in the capital city of Ghana, an official programme from the organisation has shown.

On Tuesday, December 24 and Wednesday, December 25, 2019, the Christmas Party will be in Uyo, Nigeria with refugees and Friday, January 3, 2020, in Cameroon with IDPs and prisoners, the organisation has said.

BBF was recently praised by the Mayor of Lancaster in the United States state of Texas, Clyde Hairston. The Mayor described BBF’s CEO as a Good Samaritan, owing to her Humanitarian gestures.

The Foundation also runs; Feed a Family Weekly Campaign in their Uyo Office with over 6000 Cameroonian Refugees under its care. The Foundation supplies basic hygiene needs and feeds Cameroonian refugee families based in Uyo weekly, monthly and has a global every-three-month outreach.

In order to raise funds to save these refugees, IDPs and prisoners in dire need of education, accommodation, food and many other basic daily life needs, the Foundation solicits for donations from all and sundry.

Donors are honoured and saluted for their selfless contributions. The Foundation usually solicits $20 per Good Samaritan to enable her to effectively carry out such campaigns. Donations are made through; Cashapp: Bbabilafoundation on 214-296-7209, Zelle: 214 916 8240, MTN Mobile money Cameroon is through; Belinda Babila Foundation on 653 479 516.

Those having difficulties can also get directly to the Founder on; +1214 296 7209. On pay-pal; belindababilaf@gmail.com can be used, the Foundation confirmed. According to the Foundation, Checks are Payable through Belinda Babila Foundation and all donations are tax-exempted since the Foundation is a 501 C 3. 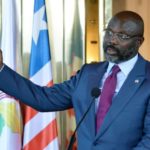 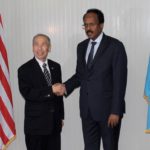