Home » This Is What The Cameroon Military Did To Ismael Before MSF Intervened.

As the Cameroon military continue to contravene international laws, commit Human Rights violations, authentic eyewitnesses are always there to testify to the world.

In the latest in huge scale of violence in the country’s two English-speaking regions, the military has tripled its brutality on the population, a source has told National Telegraph.

Sources say the military doesn’t only shoot to kill innocent civilians, it also ensures those showing signs of recovering, are supervised to die and in most cases, soldiers would ensure they block medical intervention.

In some cases, if victims succeed to be moved to treatment centers, soldiers follow, pull them out of hospital beds and shoot them to death. John Fru Ndi, Chairman of the Social Democratic Front (SDF), one of Cameroon’s opposition political parties testified in a televised interview of a case in point in Menka, North West of Cameroon.

On Friday October 11, 2019, Tumou Ismael Temburg was shot at about 9am GMT at the Bamenda Foot Market, North West. Reports say he’s a commercial motorbike rider but the military elected to shoot him on his back and in their typical fashion, abandoned him to die slowly and in pains.

Médecins Sans Frontières (MSF), or Doctors Without Borders, as it’s sometimes referred in English, is an international humanitarian medical non-governmental organisation of French origin known for its projects in conflict zones and in countries affected by endemic , founded in December 22, 1971, in Paris, France and headquartered in Geneva, Switzerland.

In one other instance, the Bishop of Mamfe, His Lordship Andrew Nkea, while on BBC in a rare and explosive interview that went viral, debunked lies from the Cameroon government who after refusing to condemn the killing of a Kenyan Priest in Kembong, a village in the country’s South West, went ahead to issue a statement blaming armed fighters.

Fr. Cosmas Omboto Ondari, a Mill Hill Priest from Kenya, that served as the Parochial Vicar of the St Martin of Tours Parish in Kembong, some few kilometers from Mamfe, the headquarters of Manyu, South West of Cameroon was also shot and killed by the military at about 3 PM, Wednesday, November 21, 2018, the Bishop who visited the scene, confirmed it.

Cameroon’s North West and South West have been under a deadly armed conflict for over three years with armed groups battling to restore the statehood of the former British Southern Cameroons now called Ambazonia.

An estimated two million (2.000.000) people, mostly women and children have been either internally displaced or living as refugees in Nigeria and other countries, over thirteen thousands (13000) killed, over four hundred houses (400) burnt down by the Cameroon military with something in the neighbourhood of five thousand (5000) held as war prisoners across detention facilities in the country. 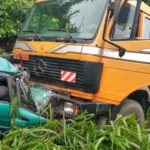 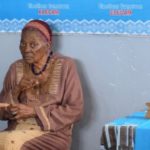