Home » This Is What The US And The World Must Understand About Imposing Any Form Of Western Democracy In Somalia.

The continuous imposition of the Western model of democracy will only lead to Western frustration and Somali rejection, just like in the Middle East, Latin America and other parts of the World.

Since Somalis began attaining independence and implementing reforms, democracy has become a key recipe and threshold for assessing development in Somalia.

Since the end of the Cold War, democracy has been deemed the most successful framework for achieving social and economic progress. The feasibility of democracy in Somalia, however, has long been questioned by scholars considering the realities, issues, and factors on the ground.

These include the colonial legacy, the lack of an influential middle class, the supposed incompatibility of Western democracy with Somali culture, power struggles, lingering cultures of corruption and the marginalization of the masses.

There are however other variables that suggest that democracy if nurtured correctly, may thrive in Somalia. The feasibility of democracy in Somalia depends on a number of factors, internal and external, the key to fostering democracy.

Whilst there is no one universally acclaimed definition of democracy, Pennock (1979) defines it as, “government by the people, where liberty, equality, and fraternity are secured to the greatest possible degree and in which human capacities are developed to the utmost, by means including free and full debate of common problems, differences, and interests”.

In the same vein, Schmitter and Karl (1991) define democracy as a system of governance in which rulers are held accountable for their actions in the public realm by citizens, acting indirectly through the competition and cooperation of their elected representatives.

It should, however, be noted that Somali democracy can not be the same as other democracies, as they are founded on their own tradition. Democracy, therefore, remains an ambiguous term, full of many pitfalls in trying to prescribe a universal standard and definition.

The colonial legacy is a major obstacle to democracy in Somalia. No account of the transition from authoritarian to the democratic rule can be satisfactory if it ignores the pervasive influence of the entire socio-political setting, including the impact of colonialism, as they both condition the form and content of contemporary politics in Somalia.

The current plurality of divided, weak and mostly poor states in Somalia has a bearing on the dynamics of Somali life and struggles for democracy. During the colonial era, boundaries were arbitrarily drawn, often splitting-up community, families, and tribal groups thereby destroying and undermining many indigenous structures and institutions of authority.

Tribal populations that were one traditionally found themselves within the same artificial boundaries, and no efforts were made by the colonial masters to facilitate tribal tolerance, but instead, they opted to use a divide-and-rule strategy.

Somalis from their inception were naturally weak and multi-tribal, thus it is difficult to administer them in the fashion of Western democracy. International boundaries in Somalia, therefore, tend to have a detrimental effect on the development of the democratic state and of a coherent, viable and integrated economy.

The 1983 massacre against isaaq tribe is a testament of tribal intolerance that resulted from the merging of different tribal groups to the detriment of democracy and human rights.

In addition, a culture of corruption and autocratic political leadership is another factor that is bound to derail the feasibility of democracy in Somalia. According to analysts, colonial education created a small Somali political elite with oligarchic tendencies. This class preferred to perpetuate its own ascendancy and privileged status after independence rather than to share power with other groups in society.

Late president Siyad Barre, is a good example. He enjoyed the colonial Italian education and, when he rose to power, joined the Soviet Union to safeguard his political power, using money generated from taxes to remove opposition.

Colonial education played an important role in further jeopardizing the feasibility of democracy in Somalia. It is against this background that one can argue that even France and Britain after their respective revolutions had to constantly retrogress into dictatorship and remain poised between political repression and economic decomposition.

Democracy is not an event but a process; one that can only be inculcated over centuries.

In Somalia, there remains a general lack of an influential business class. Many observers say the flamboyant middle class which is relatively independent of the state tends to be a part of economic mismanagement and political authoritarianism.

The business class in Somalia is very small because of the rudimentary development of capitalism. The influence of the business class can be illustrated continentally by how in South Africa it intervened in the process of democratization.

Their initiatives managed to thwart Apartheid and facilitate the earlier contacts between the liberation movements and white elites. The business class, just like multilateral agencies, supports the tenants of good governance, the rule of law, accountability, and transparency.

Many analysts claim that the bourgeoisie has defined and redefined democracy in an endless process of appropriating democratic legitimacy for political values; with interests finding practices that are in no way democratic.

However, the thrust of multilateral agencies’ support is for minimalist pluralism and electoral competition. Analysts further highlight that some worry that democratization may empower the masses to demand redistribution and incorporation into the state.

Somalia lacks such societies that can facilitate the democratization process. Viewing democracy in Somalia as feasible given its thin influential business class bases would be being myopic.

A vibrant business class that is committed to facilitating democracy in a state is a necessity for democracy to thrive, hence its absence means otherwise. Analysts often invoked a powerful mantra on the political culture of democracy to wit, “No bourgeois, no democracy.”

On the flip-side, democracy is a Western type of ideology which was founded to meet Western needs and wants, meaning that its applicability to the Somali context might prove to be unsuccessful. Somali democracy can not be the same as other democracies, because other democracies are founded on their own traditions.

Hence, its applicability to Somalia has been problematic since it is being imposed, rather than being left to mature on its own. Western democracy is mature, progressive and very comprehensive because democracy was given centuries to mature; learning from a plethora of mistakes that the authors and protagonists from the French Revolution to the end of the Cold War have redirected.

In contrast, barely a few decades after attaining independence, Somalia was expected to be strong democracies without being given ample time to mature, making it more of an event than a process.

This is neither fair nor realistic. After independence opted Somalia choose Socialism as an ideology, but the demise of the Middle Eastern bloc meant that they had no choice but to embrace liberal democracy.

Somalia is therefore expected to be Western-oriented and hence democracy lacks a Somali integrated approach. This explains why Somalia is stuck in between political repression and economic decomposition.

Democracy in Somalia can only be feasible if it is a ‘Somali grown democracy’, based on a Pan-Somalism ideology and fostered along with cultural relativism, allowing democracy to be accepted and allowing it to mature rather than being imposed.

The continuous imposition of the Western model of democracy will only lead to Western frustration and Somali rejection, just like in the Middle East, Latin America and other parts of the World.

Globalization may have an effect on making democracy feasible in Somalia, through the various forms of media that may come to appreciate the positive effects of democracy.  In Western parts of the world, the masses are not marginalized in democratic movements and this may set precedence on which path to follow for Somalia.

The feasibility of democracy in Somalia is as complex as the country’s challenges and prospects. Democracy itself is a foreign ideology, based on foreign culture and beliefs. Its applicability in Somalia is therefore problematic. The colonial legacy itself created an imbalance within Somali society in social, cultural and economic terms, creating new challenges to democratization.

Though the donor community may try to condition their aid, it has proven unsuccessful because of double standards and the tendency to look East for unconditional aid and investment. A Western type of democracy will, therefore, be blended with a Somali democracy or Somalia will create its own democracy based on Somali culture and beliefs.

Democracy as long as it is being imposed will never work. The USA took nearly 200 years for its democracy to mature, and such time must also be given to Somalia. Democracy, like a revolution, must be left to ripen. As long as these unwritten principles are ignored, expecting the feasibility of democracy in Somalia will not just be like waiting in the wrong station only but also waiting for a train that will never arrive. 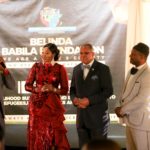 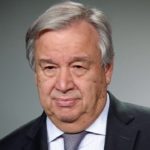