At least three companies in the Central African country of Cameroon have gone on strike in less than twenty four hours, National Telegraph has confirmed.

Over 90 security guards of a company in Njombe, a town in the Littoral Region of the Central African country of Cameroon have blocked the entrance to their head office, Tuesday November 19, 2019.

Reports say the workers of Plantation du Haut Penja – PHP, a banana exporting company in the country’s Moungo Division are in protest over what they described as the abusive manner in which they were sacked from the company.

According to PHP, the firing of these security guards was due to the fact that the recruitment of security guards into the company  was through another company, reasons why they were sacked.

But, the striking workers say the company didn’t respect the terms of the contract which was infinite. The intervention of Administrative officials have proven futile, a source confirmed.

Disgruntled with the manner in which they were sacked, with little money paid to them, the workers of PHP decided to block the road leading to the organization’s head office, an on-the-spot eyewitness told National Telegraph.

PHP employs over 5000 persons in Cameroon. Sources close to the company say after the security guards, more workers will still be fired.

Elsewhere, in the country’s South West Region, workers of the Cameroon Development Cooperation – CDC, an agro-industrial complex that grows, processes and markets tropical export crops are on a rampage in front of the Divisional Officer’s office in Tiko, Tuesday November 19, 2019.

Reports say they went demanding to to see the D.O, saying they are suffering due to government’s abandonment and months of accumulated and unpaid salaries.

The doctors were demanding that their rights should be respected, among them; good working conditions, reclassification and age of retirement. 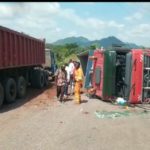 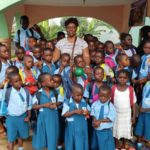 Congressman Who Served 11 US Presidents, Advocated Senate Be Abolished, Dies.