Home » Top US Congressman Writes US Department Of State On Cameroon/Anglophone Crisis.

The United States House Committee on Foreign Affairs of the United States House of Representatives, also known as the House Foreign Affairs Committee has issued a letter expressing concerns over the deteriorating political issues in the French-speaking part of Cameroon as well as the armed conflict in the country’s two English-speaking regions of the North West and South West, National Telegraph has gathered.

On Saturday, January 26, 2019, at the behest of Prof Maurice Kamto, the leader of Cameroon’s main opposition party, Cameroon Renaissance Movement (CRM), Cameroonians observed peaceful demonstrations in Douala, Yaoundé, Bafoussam and in other cities, denouncing what they term Electoral Holdup. Abroad, many Cameroonians who were protesting invaded Cameroon Embassies in France, Belgium, Britain, and Germany causing material damages. The Cameroonian government reacted by arresting Kamto and hundreds of his supporters.

In the letter dated Monday, March 11, 2019, Eliot Lance Engel, U.S. Representative for New York’s 16th congressional district and Chairman of the US House of Representatives Committee on Foreign Affairs of the One Hundred and Sixteenth Congress addressed to Tibor Nagy, a US diplomat and Assistant Secretary of Foreign Affairs who is visiting Cameroon, Eliot L. Engel, called on the State Department to address troubling crackdowns on freedom of expression in Cameroon. Below is the full letter.

In advance of your upcoming trip to Cameroon, I am writing to you out of concern for Maurice Kamto, President of the Cameroon Renaissance Movement and former candidate for the Cameroonian presidency.

As you know, Mr. Kamto was arrested on January 28, 2019, and is currently being held in the maximum security Kondengui Central Prison, a location which has drawn international criticism for harsh conditions and overcrowding.

His arrest and subsequent hearing deferrals are part of a much wider trend of criminalizing dissent and persecuting President Biya’s perceived enemies.

Moreover, Mr. Kamto is but one of hundreds of political prisoners in Cameroon who could soon be facing the death penalty, which is indicative of a rapidly contracting space for free speech and political opposition.

I appreciated your March 4th interview on Radio France Internationale, in which you stated that the Cameroonian government should release Mr. Kamto due to the perception that he has been incarcerated for his political actions. I hope that you continue to challenge the merits of his arrest with President Biya and other government officials during your time in Cameroon.

In your meetings, I hope that you also raise the fact that the Government of Cameroon has clearly violated the rights of Mr. Kamto and other political prisoners to assemble freely and express and disseminate their opinions, which are encapsulated in the African Charter on Human and People’s Rights, which Cameroon ratified three decades ago.

As you served in Cameroon earlier in your career, you may share my alarm at the country’s current trajectory – with the brewing insurgency in the Anglophone region, the ban on protests and public demonstrations following the flawed October 2018 election, and the mass arrests of protestors and journalists in January 2019.

I commend Ambassador Barlerin’s leadership in addressing these issues during this challenging time and hope that the United States can work effectively with partners in Cameroon, the rest of Africa, and in Europe to secure a better future for the Cameroonian people.

Thank you for your attention to this important matter.

Unrest in Cameroon’s two English-speaking regions began in October 2016 as a disagreement in language but government mismanaged it, turning it into a demand by Anglophone militias in the North West and South West for a separate state called Ambazonia. Gunbattles have ensued and the government has been accused of numerous Human Rights violation, including targeted killings.

The United States just in February suspended its security assistance to Cameroon following credible allegations that the Cameroonian military carried out human rights violations in the two English-speaking regions. 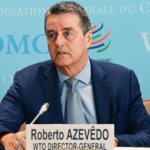 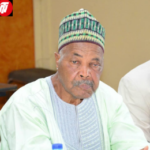