A 5-year-old has died after a truck crushed him, locals in Mbanga,  a town in Cameroon’s Moungo Division, Littoral of the country have said.

The accident, early Thursday December 26, 2019, locals furthered occurred when the teen was about crossing the road.

The teen whose only name National Telegraph obtained as Marvelous is domiciled in neighboring Kompina and was on Christmas break in Mbanga.

Residents have described the incident as ‘unfortunate’. Family members say they’re deeply touched by Marvelous’ demise who will miss entering the New Year.

The driver was immediately arrested by the gendarmes in Mbanga but has however denied any wrongdoing, stating he was thrown off the track by sand that was on the road. 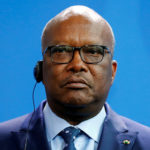 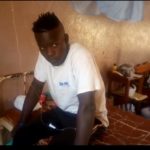