Home » Trump Steps In On Case Of Man Pinned, Pressed To Death By Police.

US President, Donald Trump said Wednesday, May 27, 2020, he has asked that investigations into the George Floyd case be expedited.

“At my request, the FBI and the Department of Justice are already well into an investigation as to the very sad and tragic death in Minnesota of George Floyd,” Trump said in a tweet.

George Floyd was arrested late Monday in Minneapolis in the US state of Minnesota after officers responded to an inkling about an alleged forgery in progress but later died in the process.

Derek Chauvin, a Minneapolis police officer has been accused of choking and killing George Floyd after he pressed his neck with one of his knees. He was later declared dead in a hospital in the precinct

Trump has now asked that investigations be expedited and said he very much appreciate all the work done by local law enforcement.

“I have asked for this investigation to be expedited and greatly appreciate all of the work done by local law enforcement. My heart goes out to George’s family and friends. Justice will be served!” he said.

A video that went viral showed Floyd telling officers he couldn’t breathe while he was pinned on the ground with a knee on top of his neck.

This sparked immediate outrage and followed a huge crowd of protesters on the streets on Minneapolis, resulting in clashes with police.

All four officers tagged with the incident have been fired from the Minneapolis Police Department and the city’s Mayor, Jacob Frey has on Wednesday called for charges against the officer who used his knee on the victim.

46-year-old Floyd, an unarmed African-American was heard in the video telling the officers; “Please, I can’t breathe, … My stomach hurts. My neck hurts. Everything hurts…. Give me some water or something. Please. Please.”

Police have now said he physically resisted. They also said he “appeared to be suffering medical distress.”

Trump faced serious criticisms on social media for staying mute until his Wednesday’s tweet. Some shared a picture of Trump at a rally with a man indicating it was the officer involved in Floyd’s death.

The guy that killed George Floyd should receive the ultimate punishment! The cop that murdered Mr Floyd was caught on camera with Donald Trump at one of his rallies wearing a red cap and red T-Shirt! Trump is keeping him from being arrested! Trump’s a Hitler racist Neo Nazi!, tweeted Ruben Vega@RubenVe66252916.

The reason Donald Trump has not commented on George Floyd and his gruesome murder by that filthy, racist Minneapolis cop is because he does not care, and he does not have time because he’s only worried about himself, said another tweet from Jason Overstreet@JasonOverstreet·

Floyd’s death is just one of many cases of police brutality against blacks in the US, many say. In 2014, a New York Police Department officer choked Eric Garner, who also uttered the words “I can’t breathe”

Many US top personalities have condemned the incident including, former US Vice President and possible Democratic presidential nominee Joe Biden, and NBA superstar LeBron James. 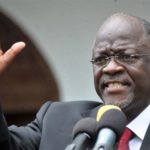 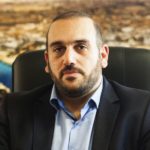 This Is The Only One Request Ugandans Are Asking Their President Amidst COVID-19!