An envoy of the United States President, Donald Trump who is visiting Cameroon, a Central African country wrapped in an armed conflict has met with Paul Biya, the country’s President, National Telegraph has learned.

The Assistant Secretary for African Affairs, Tibor Nagy, met with Paul Biya at the Unity Palace, the official residence and offices of the Cameroonian President on Monday March 18, 2019, accompanied by Peter Henry Barlerin, the U.S. Ambassador to the Republic of Cameroon a source has confirmed to National Telegraph.

The two officials according to our source, discussed trade and bilateral relationship between Washington and Yaounde. Also top on the agenda was the political situation in the French-speaking regions and the deteriorating armed conflict in the English-speaking Regions of Cameroon. Tibor also noted he was impressed with President Biya’s knowledge and wisdom.

The Assistant Secretary for African Affairs also visited Crelicam, an Ebony Processor owned by American guitar maker Taylor Guitars. The diplomat is expected to end his visit to Cameroon, Tuesday March 19, 2019 with high level talks with the US Ambassador to Cameroon and other US Embassy staff in Yaounde, Cameroon’s capital.

Tibor Nagy and higher quarters in America have expressed deepest concerns over the armed conflict in the North West and South West regions. On Tuesday, March 12, 2019; Tibor said “my heart breaks for Cameroon … I just don’t understand why this crisis goes on and on and on.”, he said while calling for “open, unlimited national dialogue.”, National Telegraph’s reporters in Yaounde, Cameroon’s capital have confirmed.

Earlier, the United States House Committee on Foreign Affairs of the United States House of Representatives, also known as the House Foreign Affairs Committee has issued a letter expressing concerns over the deteriorating political issues in the French-speaking part of Cameroon as well as the armed conflict in the country’s two English-speaking regions of the North West and South West, National Telegraph has gathered.

In the letter dated Monday, March 11, 2019, Eliot Lance Engel, U.S. Representative for New York’s 16th congressional district and Chairman of the US House of Representatives Committee on Foreign Affairs of the One Hundred and Sixteenth Congress addressed to Tibor Nagy, a US diplomat and Assistant Secretary of Foreign Affairs who is due to visit Cameroon, Eliot L. Engel, called on the State Department to address troubling crackdowns on freedom of expression in Cameroon.

The United States just in February suspended its security assistance to Cameroon following credible allegations that the Cameroonian military carried out human rights violations in the two English-speaking regions. Nagy Tibor had made comments suggesting recommendations on the ongoing crisis but Cameroon’s Minister of Communication, René Emmanuel Sadi issued a bulletin warning the diplomat not to meddle into the country’s internal affairs. 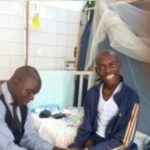 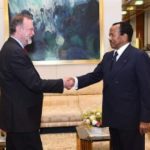