Thomas Enowkenwa, a councilor of the Eyumojock Council, a Municipality in Manyu Division in Cameroon’s South West has died.

His death is the second in three days in the same council, National Telegraph can confirm.

Enowkenwa died of COVID-19 and was immediately buried, a source in the council who asked not to be named said he was devastated.

The duo died just days before their first session. Eyumojock council is due to hold its first session for this mandate from June 11 – June 12.

Etchu from Kembong, the Municipality’s largest village suffered two seizure attacks, went into a coma, and finally died after both attacks impaired his breathing, his wife who was with him at the time of the incident explained to mourners.

They were both Councilors of the ruling Cameroon’s People Democratic Movement (CPDM) party. 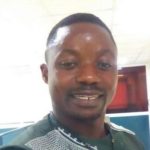 Outrage In Cameroon Over Hint That Anglophone Journalist Arrested By Military Died In Jail. 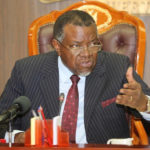