At least two religious of the Douala Metropolitan Archdiocese, a Catholic See in Cameroon’s Littoral Region have died of COVID-19.

Sis Ngo Bayong Martine, former Principal of Chevreuil until 1988, nicknamed, “Iron Woman,” by her students died at the Douala General Hospital, Friday May 22, 2020.

Rev Fr. Jean Pierre Binam also died of the virus the previous day at the Gyneco-Obstetrics hospital in Yassa, Douala.

The See’s head, Archbishop Samuel Kleda had said he discovered an effective herbal remedy against the Coronavirus. He confirmed it treated symptoms in those who had tested positive for the virus.

A source has now confirmed that the remedy didn’t work on the priest, reasons why he was rushed to the hospital where he later died.

Hospital sources confirmed the duo died from the virus. The See is yet to release any official statement.

These deaths inside the See may dampen hopes in the Archbishop’s herbal remedy that is now a national talk.

The country’s Health Minister, Dr. Manaouda Malachie had sent a delegation to the Archbishop. Mgr. Kleda described the meeting as “fruitful”

The country’s President, Paul Biya however, said Tuesday May 19, 2020, that there’s no official drug yet for the cure of COVID-19 in the country.

“If we discover one, government shall announce,” 87-year-old Biya said in a rare televised speech on national television, his first since the outbreak of the pandemic.

Cameroon now has 4,400 confirmed COVID-19 cases with 159 deaths in a pandemic that has globally infected more than 5 million people with 338 thousand deaths. 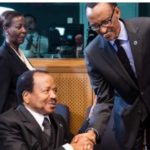 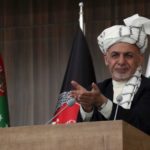 The Laws Were Tough, Still Are, But Uganda Now Has Nine COVID-19 Cases!