Célestine Ketcha Courtès, Minister of Housing and Urban Development and Yap Abdou, Chairman of the Special Criminal Court in the country’s capital, Yaoundé, both sustained injuries and were rushed to the emergency unit of the Mora Hospital where they have been declared safe and sound.

Seven Ministers, led by the Minister of Territorial Administration, Atanga Nji Paul have been in the region to evaluate damages caused by floods and the collapse of the Palar Bridge since Thursday.

The motorcade carrying ministers and their collaborators was traveling along the Maroua-Bogo road in the Far North when the accident occurred some 10km to Mora on the national road number 1, sources say.

Five administrative cars were also damaged, according an on-the-ground National Telegraph source. Eyewitnesses also say the convoy was en route to Kaikai when poor visibility due to dusty roads caused a rear collision of the vehicles.

At least four of the five damaged vehicles fell off a bridge on the route and an unspecified number of persons also sustained injuries though not listed alongside the two top officials.

Floods are recurrent in the region, reports say. In 2013, on the night of 17-18 September, heavy rains caused the rupture of a dam along the Logone River at the town of Dougui, in the KaiKai precinct, causing massive floods and evacuations of people to the banks of the dam. 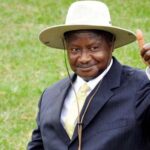 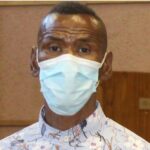