The Archbishop of the Church of Uganda, Mgr Stanley Ntagali has condemned the United Nations’ decision to promote gay rights in Uganda. “We have serious issues from the UN’s pro-promiscuity, pro-gay and pro-abortion sexual agenda that are trying to infiltrate Uganda.

Such are sneaking into Uganda through re-writing government policies as well as through UN-funded NGOs,” Ntagali said. He also said the church of Christ will stand to protest against legalizing abortion in Uganda.

“There is no evidence that demonstrates that legalizing abortion is not a significant factor in reducing maternal mortality, despite the rhetoric we hear,” he added. He said abortion is another form of child sacrifice and calls upon the government not to legalise it.

Gay sex remains illegal and LGBT community members are routinely harassed and shunned in Uganda. Ntagali made these remarks while delivering his last Christmas message on December 17, 2019, at the Church of Uganda, Provincial Secretariat in Namirembe in Kampala. 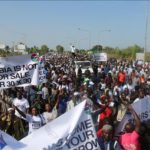 Protesters Give Gambia’s Adama Barrow Deadline To Step Down. 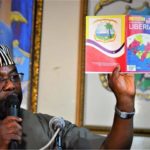