Home » Uganda At The Peak Of Postponing Presidential Elections.

Ugandan President Yoweri Kaguta Museveni said it would be ‘madness’ to hold Presidential elections early next year when the pandemic is still around.

Uganda goes for Presidential and Parliamentary polls every after five years; usually held in February.

“To have elections elections when that virus is still there, it will be madness,” he said.

While holding a televised interview aired on local TV station on Monday 11, May 2020, Museveni said holding elections when the virus is still here would be madness since it would facilitate the gathering of people.

Museveni said the government will look into the postponement of elections if the pandemic persists up to August and beyond.

He was responding to the question about the possibilities of election postponement in 2021.

Taremwa asked Ugandans to rally behind the president to first fight Coronavirus saying elections will be determined by the Coronavirus status.

Museveni’s opponents took to social media accusing him of using the pandemic to gain political capital.

Since March 18, 2020, Museveni has held over 12 national addresses. He also released a video of working out while indoors which gained international attention.

“Am the one who brought the virus? Idiocy. I am stuck here, I haven’t gone to see my cows, I missed Easter, we are here and not moving. Who could wish for this? So, I speak and become popular? Rubbish!

We are lucky that our people have not died but the economy has suffered. Who would have wished for this? Museveni asked.

During one of the addresses, he issued a directive to arrest and charge every one found of giving relief food without following presidential and Health Ministry guidelines.

All relief food was to be channeled through National Task Force.

Those that would be arrested, Museveni said should not be given bail but should rather be charged with attempted murder.

In December 2019, delegates of the ruling National Resistance Movement (NRM) in delegates conference approved Museveni as the sole candidate for NRM to contest in the national 2021 general presidential elections. 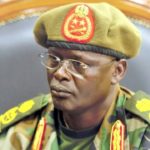 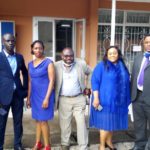