Home » Uganda: Kabaka Of Buganda Summoned To Appear In Court.

The Kabaka of Buganda in the East African country of Uganda has been summoned to the High Court in Mukono, National Telegraph has learned. Ronald Muwenda Mutebi II would have to defend himself against accusations of land grabbing, a source has said.

Kabaka is a tittle given to a King in Buganda, a kingdom within Uganda.  Buganda is one of the largest traditional kingdoms in present-day Uganda. Together with the colonisers, Buganda grabbed land from neighbouring kingdoms a source told National Telegraph.

The Kabaka is sued together with three other persons including; Elbright Ssemboga Kalule, a city businessman, David Nsereko, a Buganda Kingdom official and the Mukono District registrar of titles.

Nsereko, one of the defendants and an adviser on Kabaka’s private land in Buganda Kingdom said they are ready to defend themselves in court.

“We are ready to defend ourselves in court because the piece of land we sold belonged to the Kabaka and we followed all processes, he said in an interview, Tuesday July 9, 2019.

Through the lawyers of Baganda and Ssekatawa Advocates, the family claims to be the rightful owners of the contested land, which they inherited from their grandfather, Yosufu Mukasa who was working in Kabaka’s palace back in the days.

They claimed the original duplicate of title got lost and the family tried to apply for a special certificate of title but failed because Kalule and Kabaka had already claimed ownership of the same land.

They want court to issue an eviction order against Kalule from the land and cancel titles issued to him, a source said, adding they also want a declaration that the family is the rightful owner of the land until the main suit is heard and disposed of.

The Kabaka and other defendants have Thursday July 11, 2019 to file in their defense, said a source to National Telegraph. 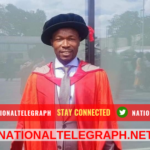 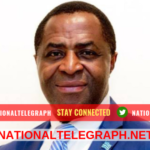