Ugandan Foreign Affairs Minister, Sam Kutesa has faced countrywide criticism for allowing the city tycoon Ben Kavuya to fly with his family from abroad which is contrary to presidential directives on the closure of airport and borders.

President Yoweri Museveni in March directed for the closure of all the country’s borders and airports but only allowed cargo vehicles and planes into the country in efforts to prevent the spread of COVID-19 which has paralyzed businesses globally.

However, in a letter dated May 13, 2020, written by Kutesa to Manager of Ethiopian Airlines Uganda, he asked the manager to charter three Ugandans from the USA through Addis Ababa to Entebbe International Airport in Uganda.

“The letter grants permission to board the following persons on Ethiopian Airlines flight from Addis Ababa to Entebbe International Airport on Monday, May 18, 2020,” Kutesa wrote to Ugandan Ambassador to Addis Ababa with Permanent Secretary of Foreign Affairs copied in.

The Director-General of Health Services at Health Ministry, Dr. Henry Mwebesa confirmed, saying that three people will be quarantined in Bugolobi, a Kampala suburb, adding that they will be closely monitored by Health Ministry team.

The news has been received with negative criticism with many asking why Robert Kyagulanyi’s offer has been downplayed.

“Isn’t Entebbe Airport closed to passenger flights? How do Ugandans get the exemption to fly back home? The cries of Ugandans banished abroad are deafening,” Kizza Besigye tweeted.

“So Ugandan Government prohibits it’s Citizens(Ugandans) from Entry into Uganda. Uganda government, however, permits the entry of Two American Citizens and a Special Ugandan or into Uganda.!!! Where is the logic? This is unacceptable.  It is impunity. Heads should roll,” Ivan Bwowe posted on Facebook.

Uganda has 160 confirmed cases of Covid-19. No COVID-19-related deaths have been recorded. 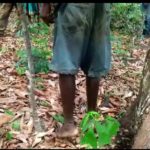 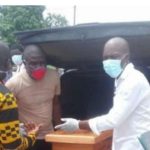