Uganda has confirmed more three COVID-19 cases, Health Minister Ruth Jane Aceng tweeted, late Sunday, March 29, 2020. The confirmed cases now total to 33, causing panic and tension to the masses, concerned about the rate of transmission, with many moving to villages.

By Friday, Uganda had only 18 cases, which has now multiplied to 33 cases in a period of three days. The health ministry tested 206 individuals and three posted positive. The ministry tested mainly those that returned from Gulf and Europe, who have been under institutional quarantine.

“Two of these are wife and daughter of the man from Masaka who was among the first nine confirmed cases. On his return from Dubai, he went home to his family. After the first confirmed case, his community advised him to go for a check-up where he tested positive. Therefore, his wife and daughter were his closest contacts and were quarantined in Entebbe when their husband/ father tested positive,” a statement said.

“The third person is a 15-year-old teenager who returned from school in the United Kingdom on March 21” Uganda’s President Yoweri Museveni posted. Museveni earlier in the day said he will take more drastic measures which he hasn’t announced yet.

Learning institutions were first locked way back before registering any case. What followed was a ban on public transport, public gathering, with non-food markets under lockdown.

The police and Local Defense Units (LDUs) officers were at the beginning of this week under hot soup after being filmed beating up people who were hawking food in the city center. This created a fraction amongst citizens, with many supporting LDUs. The police later issued a statement, condemning the acts of their officers. 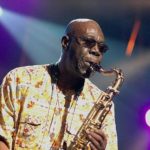 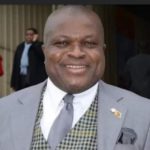