The President of the East African country of Uganda, Yoweri Museveni may be disqualified to run for the country’s upcoming presidential election scheduled for early 2021, National Telegraph has confirmed.

In a new political twist, another city Lawyer, Muwada Nkunyingi has come out asking the Electoral Commission to avail him with Yoweri Museveni’s academic qualifications used during 2016 presidential election.

Muwada wrote to Electoral Commission on August 24, 2020, to avail him with the certified copies of nomination academic papers when the National Resistance Movement (NRM) nominated him in the 2016 polls.

“As an advocate, Ugandan and registered voter, I must stand to defend constitutionalism and rule of law. Pursuant to Access to Information Act, I now herein request for copies of academic documents as presented to Electoral Commission in 2016 presidential elections by candidate Yoweri Kaguta Museveni upon which I will make an informed opinion on the next course of action,” Muwada’s letter to Electoral Commission reads.

The Presidential Elections Act 2005 provides that a person to be nominated as presidential candidate must hold and possess the minimum statutory and formal academic qualifications of or equivalent to advanced level standard – Uganda Advanced Certificate of Education.

Muwada said he doubts if Museveni was compliant to the election rules since he is in appointment authority of those that run the election body.

“It’s a known historical fact that candidate Yoweri Kaguta Museveni initially ascended to the presidency by force and was never vetted, being that he still remained the appointing authority to those that vet his papers, it’s uncertain to me as a Ugandan that the said candidate has ever complied,” he further said.

This came barely a month after another lawyer, Male Mabirizi petitioned election Commission on August 5, 2020 to avail him with academic qualifications of another presidential hopeful Robert Kyagulanyi Sentamu aka Bobi Wine of which mismatch in age, academic years have been recorded. 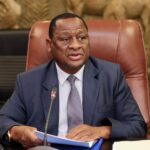 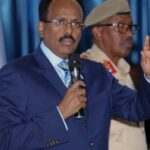