At least four persons have died and a dozen more injured after an car belonging to the United Nations(UN) got involved in a traffic accident, locals from Port-au-Prince, capital of Haiti where the accident happened, Saturday, February 9, 2019, told National Telegraph.

Port-au-Prince Police however confirmed four died and nine injured, adding that the UN armoured had the United Nations Mission for Justice Support in Haiti (MINUJUSTH) officials on board before it lost the use of its brakes while driving in the capital and collided with a collective taxi.

A police spokesman, Gary Desrosiers  said “Four tap-tap passengers were killed and several others were injured in the accident,”  adding that “Two MINUJUSTH policemen and a Haitian policeman were among the wounded.”

Eyewitnesses say they can’t, however, ascertain the exact cause of the accident but noted that the UN car hit the tap-tap, name given to the local taxis in Haiti. National Telegraph has however gathered that investigation is ongoing to conclude the detailed cause of the accident.

MINUJUSTH has put the tally of deaths at four and nine injured. Amongst the nine injured are a Haitian citizen and eight United Nations police. MINUJUSTH published a statement to this effect.

“It is with profound sadness that the United Nations has learned of the deaths of four people as a result of a road accident involving a public transportation vehicle and a UN Armored Personnel Carrier (APC) that occurred tonight,” the statement says.

MINUJUSTH currently includes 995 police officers and was deployed to Haiti in October 2017 to succeed another UN mission created in 2004 following the expulsion of President Jean-Bertrand Aristide. Its mission is expected to end in October 2019. 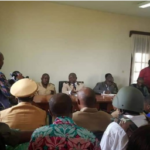 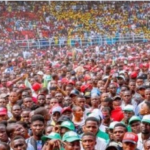