The United Nations (UN), an intergovernmental organization responsible for maintaining international peace and security, developing friendly relations among nations, achieving international cooperation, and being a center for harmonizing the actions of nations has dispatched a five-member delegation to Cameroon’s Donga Mantung Division, National Telegraph has confirmed.

Reports say the delegation of five (5) comprises of two (2) Europeans, and three (3) Africans. According to information, it will leave Bamenda for Kumbo on Friday, proceed to Nkambe on Saturday, December 7, 2019, and return to Kumbo before returning to Bamenda on Sunday.

Reports say the quintet is on a mission to bury Pascal Ngwayi, a Humanitarian Worker with COMINSUD, a local NGO and UN partner, who was abducted on Saturday, November 30, 2019, and later killed by unknown armed men in the area.

Pascal who will be buried on Saturday, December 7, 2019, was carrying out a humanitarian assessment to ensure people in need received timely and appropriate support before he was preyed upon. UN’s Humanitarian Coordinator for Cameroon, Allegra Baiocchi, said in a statement, Sunday, December 1, 2019, she strongly condemns the killing of an aid worker in North-west Cameroon.

“I am deeply saddened by the news of the horrific execution of an aid worker last night. On behalf of the United Nations and the wider humanitarian community, our deepest condolences go to his family, friends, and colleagues,” said Baiocchi.

Baiocchi regretted that; “Humanitarian workers risk everything to provide aid to people most in need. They must be respected and protected, not targeted. The continued attacks on aid workers only increase the suffering of civilians, as we are unable to safely carry out operations,”

No group has claimed responsibility for the act described by rights groups as heinous. Rights crusaders are however calling on both the government and armed groups in the North West and South West to guarantee safe havens for humanitarian pilots in the area and to especially ensure the UN delegation to Nkambe gets a safe trip and back.

The Central African country has for over three years now seen its two English-speaking regions hit by an armed conflict with a demand by the majority of its residents for a separate state called Ambazonia. The crisis has led to thousands of deaths, torching hundreds of villages, millions of displaced people and thousands of political prisoners. 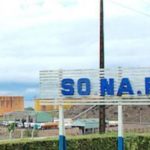 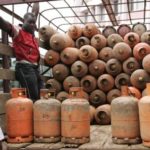 Another Crisis Baking In Cameroon As Bamenda Residents Vow To Take Out Cooking Gas Vendors.