An appointee of the United Nations (UN), an intergovernmental organization tasked with maintaining international peace and security, developing friendly relations among nations, achieving international co-operation, and being a centre for harmonizing the actions of nations has declined the highest Humanitarian job in Cameroon’s two English-speaking regions, a source from the UN has told National Telegraph.

Dr Kinge who studied in some of the best Universities including Auburn University, Alabama, USA was charged with leading UN Agencies in these regions as well as all International Organisations vis-a-vis their responses in Humanitarian.

Reports say the UN senior staff has worked in Humanitarian Response teams in Democratic Republic of Congo (DRC), Sierra Leon, Sudan, among others where he tapped diverse experience but decided to decline that in Cameroon’s restive English-speaking regions after several threats.

Although, it hasn’t been exactly established who threatened him, it’s the wish of many that both the Cameroon government soldiers and Ambazonia fighters grant Humanitarian teams full access to the regions’ villages and other precincts.

It started in October 2016 as a disagreement in language but government mismanaged it, turning it into an armed conflict with a demand by majority of Anglophones in the North West and South West for a separate state called Ambazonia as it was in 1961. Many are now asking the International Community to look at the root cause of the conflict from 1961. 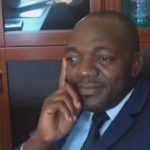 Cameroon: Justice Chi Valentine Is In The UK Though On Viral Video Showing He’s Abducted. 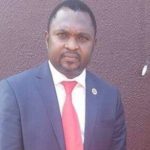