A special package from the United Nations (UN) has arrived Yaoundé, Cameroon’s capital, Wednesday, February 6, 2019, National Telegraph has been told.

Our sources say the collection of ten different documents from the United Nations High Commission for Refugees has been safely ferried from Abuja, Nigeria to Yaoundé in Cameroon.

It is now held that with the arrival of this special file from the UNCHR, the handling of issues related to Sisiku Ayuk Tabe Julius and nine other Anglophone pro-independence leaders held in detention becomes tough for the Cameroon government.

The file obtained from UNHCR Nigeria are documents either showing Sisiku Ayuk Tabe Julius and nine other Anglophone pro-independence leaders held in detention have legally applied for asylum in Nigeria. There are other documents showing some are Nigerian citizens.

During a hearing of the detained Anglophone leaders on Thursday, January 10, 2019, at the Military Court in Cameroon’s capital, Yaoundé,  the presiding judge, Colonel Mem Michel adjourned the matter to Thursday, February 7, 2019.

The defendants who again rejected their Cameroonian nationality and stressed they were citizens of former British Southern Cameroons now referred to as Ambazonia had their lawyers press the judge to have them returned to Nigeria, citing some of them are refugees residing in Nigeria.

Since fierce arguments erupted over nationality issues, the judge left with no option adjourned the matter to Thursday, February 7, 2019, for the defense counsel to produce documents showing the accused are refugees and for the Prosecution to also produce proof of the Cameroonian nationality of the leaders.

Barely hours to the case, National Telegraph has confirmed that a Nigerian-based Lawyer, Barrister Abdul Oroh has flown in from Abuja and has safely landed in Yaoundé with their complete refugee documents from the UNHCR.

Barrister had stated that based on the African Charter of Human and People’s Rights, the Nigerian Constitution and the United Nations Convention of the Status of Refugees in 1951 in its article 32 and 33, Cameroon must return Sisiku and Co back to Nigeria.

Emphasizing on article 33, Hon Abdul said it specifically forbids Refoulment, a French word which forbids the return of a refugee to a country where he/she has a fear of persecution or anywhere he/she feels unsafe.

Adding up to the fact that Nigeria has no extradition treaty with Cameroon, and holding that even if there’s an extradition treaty, there’s a due process through the court, the arrival of the documents from UNHCR leaves the Cameroon government in a tight position.

Sisiku Ayuk Tabe Julius and nine others were arrested in Nigeria and extradited to Cameroon under circumstances that have been considered illegal. President of the Federal Republic of Ambazonia as he is now being called is being held at the Kondengui Principal Prison in Yaoundé where he and other close aides are facing charges of Terrorism, amongst others.

Ambazonia is an outlawed country in which the majority of its residents; the English-speaking regions are seeking to create. Armed groups have emerged, clashing with regular army and Sisiku and others have been accused of the insurgency. The Cameroon government has recently come under huge pressure to free them and with documents from the UN, added to International Refugee Laws, fingers are crossed.

Would the Cameroon government discard bona fide documents from an organization as the UNHCR and face sanctions or would the UN play romance with the Biya Regime and have it disregard its documents against International Laws and go unpunished? This is the million dollar question that makes tomorrow pregnant! 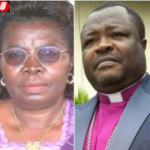 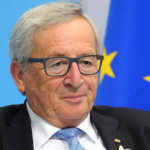 Please I need to study human resources management but the problem is that I don’t have money to pay fees .Can I study with you then when I get employment i will pay you then you will give my certificate?.