Home » UNHCR Responds To Refugees’ Needs In Adagom, Other Settlements In Nigeria.

The Refugees in Adagom have been receiving Cash Based Intervention (CBI) since Tuesday February 12 in response to their cries, National Telegraph has confirmed.

The United Nations High Commission for Refugees (UNHCR) has as policy of first registering refugees before providing interventions, National Telegraph has been told.

Reports say there was a class of unregistered refugees who were not yet captured on CBI that consequently led to the lack of understanding that caused many refugees to protest on February 11, 2019.

Some of the refugees due to the miscommunication thought they have been left out not knowing that they were still to be served, a source told National Telegraph.

To temporarily solve their food problem, UNHCR ordered for them to be given one week’s food pending their registration and subsequent inclusion into CBI, a refugee has said.

Responding to the complaints of the people of Ajassor and other settlements who complained of not having been served for some time now, information reaching us says the UNHCR has put in place a CBI officer who is working in collaboration with refugee leadership for the issues of CBI to be handled both in Ogoja and other refugee settlements.

In the days ahead, reports say every refugee in Nigeria, including those in the Adagom camp and other settlements across Nigeria would be given attention as long as they have been registered.

A source who spoke to National Telegraph Nigeria Service said in understanding the division of labour among UN humanitarian organs, it is also worth noting that the UNHCR is carrying a burden heavier than its capacity.

The UNHCR has the responsibility to take care of the feeding of refugees as far as the number has not exceeded 5,000. Once the number exceeds 5,000 the World Food Program takes over the work of feeding the Refugees, our source said.

The number, we’ve learned is now hitting the threshold of almost 40,000 registered refugees, adding to thousands that still await registration, making the burden heavier on the UNHCR. We are hopeful that other UN humanitarian bodies like World Food Program will to come to the aid of UNHCR, a source has opined.

There are also expectations that other UN agencies like the WHO, UNICEF, UNFPA and FAO would come on board and assist UNHCR owing to the fact that the burden of care has exceeded their capacity in terms of human, financial, material resources and their operational mandate.

There’re also expectations the government of Nigeria would lighten the burden on UNHCR by showing more commitment to the wellbeing of Cameroonian refugees.

The refugees also hope the powers that be sensitize the forces of law and order including the police force, the military and more particularly, the Nigerian Immigration Services on the rights of refugees to free movement devoid of harassment, extortion and intimidation.

The refugees have also called on the National Commission for Refugees to show greater willingness to protect and assist Cameroonian refugees beyond issuing identification cards.

Since the UNHCR declared the Cameroon Humanitarian situation as a level two humanitarian crisis in 2018, reports say all other good will individuals, organizations, companies, churches have been enjoined to step in to see how to prevent a disaster that can result from the crisis.

To equally solve the sickness problem there is need for the health insurance company engaged by UNHCR to fast track registration of refugees on the insurance scheme to avoid health complications getting out of hand, a refugee has noted.

Another refugee holds that if all these bodies step in, the UNHCR will perform at maximum capacity and the refugees too will be well taken care of.

Refugees have praised the UNHCR for what it has so far done with its mandate, owing to the fact it has done its best with available resources. 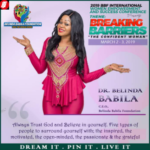 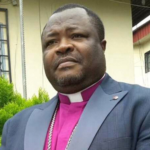