The United States said, Friday November 27, 2020, it wished all Mauritanians peace, prosperity, and good health in the year ahead as the Northwest African country celebrates its 60th Independence Anniversary, Mike Pompeo, US Secretary of State said in a statement.

“On behalf of the Government of the United States and the American people, I congratulate the people of Mauritania as you celebrate your 60th National Day of Independence,” parts of the statement posted on the official US government website reads.

The United States was the first to recognize Mauritania’s independence on November 28, 1960, the statement adds that the US strongly supports reforms to root out corruption, attract foreign investment, and make Mauritania a more just, open, and inclusive society.

“We applaud your administration’s progress in addressing Mauritania’s long-standing struggle with slavery and human trafficking and look forward to further success on this front,” said Pompeo.

Pompeo further appreciated Mauritania’s leadership as President of the G5 Sahel in 2020 and laud the country’s efforts to increase the region’s security sector capacity, address underlying causes of terrorism, and strengthen the voices of mainstream leaders in vulnerable populations.

Mauritania gained independence in 1960, with Nouakchott as its capital and Moktar Ould Daddah as first president but was in a coup in 1978 following his authoritarianism.

The eleventh largest sovereign state in Africa bordered by the Atlantic Ocean to the west, Western Sahara to the north and northwest, Algeria to the northeast, Mali to the east and southeast, and Senegal to the southwest is mainly desert country.

With a population of over 3.1 million, Mauritania is inhabited mostly by the Arab-Berber to the north and black Africans to the south.

Sidi Ould Cheikh Abdallahi was elected President of Mauritania in a run-off vote on 25 March 2007, in the first democratic presidential elections since independence. He taking office on April 19, 2007, but was deposed in a military coup d’état on August 6, 2008. 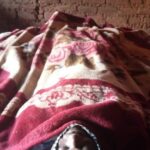 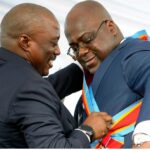