The United States Embassy in Cameroon said, Friday November 6, 2020, it supports advocates of dialogue and peace to end the “senseless killings” in the country’s North West and South West.

In 2019, the central government convened a Grand National Dialogue but failed to meet the aspirations of the rebels in a meeting that was largely attended by regime cronies.

The rebels have said they are ever ready for talks but have set conditions including having talks out of Cameroon and in the presence of a third party to ensure agreements will be enforced.

The central government has however refused to commitment to any external talks, including a Swiss Initiative claimed by some faction of the separatists, 95% of whom do not have ground forces.

Local media and rights groups continue to report increased tension and confrontations in these unruly regions in a conflict that has already killed over eighteen thousand people, according to John Mbah Akuroh, a Cameroonian activist based in the US state of Maryland.

The US Embassy’s statement, Friday also condemns attacks on attacks on schoolchildren, schoolteachers, religious leaders, and traditional authorities by the rebels.

“The attacks against schoolchildren and schoolteachers are particularly concerning. Every child must be allowed to learn in safety, and every teacher must be safe as they help students learn,” parts of the statement said.

On Thursday November 5, 2020, the country held an Ecumenical service for victims of a mass shooting in Kumba, an unruly city in its South West Region where seven children were shot and killed at the Mother Francisca International Bilingual Academy on Saturday October 24, 2020, by members of the Cameroon military, according to a National Telegraph investigation.

Christian Wiyghan Tumi, a Cameroonian cleric and a former Archbishop of Douala in the country’s Littoral Region was kidnapped, Thursday November 5, 2020, and only released, Friday November 6, 2020. The Cardinal was in a convoy ferrying a local ruler from Bamenda, headquarters of Cameroon’s North West to the town of Kumbo in same region when the incident happened.

Since the beginning of the crisis, many houses have also been torched, thousands locked up under deplorable conditions in various detention facilities across the country, including Sisiku Ayuk Tabe Julius, President of the outlawed Ambazonia Interim Government. At least over two million people are either internally displaced or are leaving in Nigeria and neighboring countries as refugees. 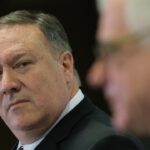 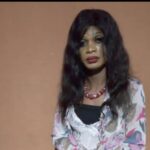