Home » UN’s November 20 Celebration Reflects On ‘Ambazonia’s’ Children; 30 Years Of Children’s Rights, Nothing Yet To Show For!

A report by the United Nations Children’s Fund, UNICEF, decries the failure by most of the world’s leaders to give meaning to the planet’s most widely ratified convention.

On November 20, 1989, the United Nations General Assembly adopted the Convention on the Rights of the Child, CRC. Some 30 years on, the promise of the convention is yet to become a reality for most children – especially the world’s poorest.

In a 59-page report released in New York, USA, November 18, 2019 by the United Nations Children’s Fund, UNICEF to mark 30 years of the coming into effect of the convention, the agency said significant gains have been made.

But children in low and middle-income countries from the poorest households are twice as likely to die from preventable causes before their fifth birthday than children from the richest households, it furthered.

Despite a decline in child marriage rates globally, the poorest girls in some countries are more at risk today than they were in 1989, the report warns.

Similarly, armed conflicts, rising xenophobia and the global migration and refugee crisis all have a devastating impact on global child’s rights progress.

While rapid changes in climate are spreading disease, increasing the intensity and frequency of extreme weather events, and creating food and water insecurity, unless urgent action is taken, the worst for many children is yet to come, the authors of the study caution.

Measles vaccination coverage has stagnated since 2010, contributing to a resurgence of the deadly disease in many countries. Almost 350,000 cases of measles were recorded in 2018, more than double the total in 2017.

Globally, the number of children who are not in primary level has remained static since 2007. Many of those who are in school are not learning the basics, let alone the skills they need to thrive in today’s economy.

Nevertheless, the world has made historic gains for children under the age of 18 in almost all aspects of their rights and lives, the report points out.

Citing progress in child rights over the past three decades, the report notes that the global under-five mortality rate has fallen by about 60 per cent, and the proportion of primary-school-aged children not in school decreased from 18 per cent to 8 per cent.

The guiding principles of the Convention on the Rights of the Child, CRC (non-discrimination; the best interests of the child; the right to life, survival and development; and the right to protection) – have influenced numerous constitutions, laws, policies and practices globally.

The Convention has also indelibly changed the way the world sees children as rights holders. Now it is time to recommit to the Convention, and the interrelated Sustainable Development Goals, by stepping up efforts to ensure that the rights of every child are realized, the authors suggest.

To accelerate progress in advancing child rights, and to address stagnation and backsliding in some of these rights, the UNICEF report calls for more data and evidence; scaling up proven solutions and interventions; expanding resources; involving young people in co-creating solutions; and applying the principles of equity and gender equality in programming.

It also recognizes that while all these elements are necessary to bring about change, the rapidly changing world also requires new modalities to confront emerging opportunities and challenges, and to truly embed the rights of children as a global cause again.

In Nigeria where thousands of children escaping an armed conflict in Cameroon’s two English-speaking regions are based as refugees, many have used them as examples of the pitfalls of the convention.

Many of the kids escaping these restive regions also called Ambazonia by armed groups demanding independence from the majority French government are among the world’s poorest and eat or go to school at the largesse of goodwill non-profit organizations. 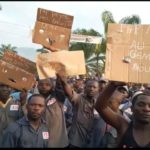 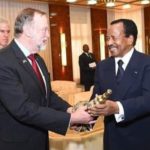 This Is A Must-Attend Event In Dallas This Saturday!