The Coalition for Dialogue and Negotiations (CDN) said, Friday July 10, 2020, it has welcomed initial peaceful talks with the government of Cameroon and jailed rebels in the country’s 3-year-old armed conflict led by its jailed leader, Sisiku Julius Ayuk Tabe.

CDN is a not-for-profit professional organisation headquartered in Washington DC, USA and advocates for a peace deal between the government of Cameroon and the rebels in the country’s North West and South West aka Ambazonia.

On July 2, 2020, the rebels held a meeting with representatives of the Cameroon government in the country’s capital, Yaoundé, Sisiku confirmed talks in a tweet, July 4.

“July 2, 2020, we met with a Team from LRC govt, on the possibility of a Ceasefire following the UN’s call. The details are being discussed & we will update Ambazonians once some progress is made. Be reassured we remain committed to the restoration of the Independence of homeland,” he tweeted.

The move has been applauded as a fulfilment of United Nations Resolution 2532 of July 1, 2020 that called for a global ceasefire for at least 90 days.

Sisiku Ayuk Tabe Julius and eleven others were arrested in Nera, a hotel in Abuja, Nigeria on Friday, January 5, 2018. Ten of them would later be extradited to Yaoundé, an act that has been described as a bootleg. They were accused of fueling the armed conflict and later sentenced to life in jail.

A statement that National Telegraph saw signed by all eight members of the steering committee of the Coalition for Dialogue and Negotiations on July 10, welcomed the dialogue and called upon the government of Cameroon to bow to a global call for the unconditional release of Southern Cameroonians incarcerated within the context of the armed conflict.

The Coalition strongly recommends that both the government of Cameroon and Southern Cameroon commit to an open, genuine and transparent negotiation in adherence to United Nations Security Council resolution 2532.

The Coalition also calls upon the United Nations Security Council and United Nations Secretary General to mediate and monitor ceasefire by empowering the UN chief in Cameroon to ensure any negotiated ceasefire adhere to international norms and instruments with guarantee for an effective implementation.

CDN also urges the UN Security Council to use the ceasefire opportunity to engage the warring parties to further commit in mediated negotiations for a peaceful settlement of the 3-year armed conflict.

The armed conflict which needs a ceasefire has since 2017 led to 900,000 internally displaced persons, fleeing of more than 70,000 people, who are now refugees, with about 300-400 villages razed while thousands of civilians living in bush, the statement said.

CDN is among many other organisations both in Cameroon and abroad, including women organisations and political parties that have welcomed the talks. Cameroon’s most famous Human Rights Lawyer, Agbor Nkongho also said the move was a step toward the right direction. 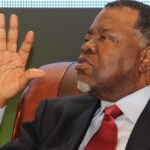 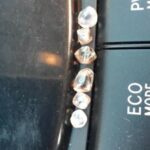