The United States and the European Union have issued a joint statement on Human Rights-related issues, National Telegraph has confirmed.

Both parties issued the statement after consultations in Brussels, Belgium, Monday, December 9, 2019, a day before Human Rights Day, sources say.

Gender equality, women, peace and security, freedom of religion or belief, including prisoners of conscience, business and human rights, labor rights, trade instruments, and human rights defenders, were among the key things discussed at the meeting.

According to information gathered, the event was co-chaired by the EU Special Representative for Human Rights, Eamon Gilmore, and the Assistant Secretary of State in the Bureau of Democracy, Human Rights and Labor at the U.S. Department of State, Robert Destro.

The duo reaffirmed a strong commitment to democratic principles and Human Rights as laid down in the Universal Declaration of Human Rights.

Discussions were also centered on cooperation in multilateral fora, particularly in the context of the 75th Anniversary of the Establishment of the United Nations, in 2020, the US State Department said.

The department went on that the duo discussed on how to strengthen the effectiveness of the United Nations to address global and regional human rights challenges.

The US and EU underlined the need for the Transatlantic partnership to cooperate in addressing challenges to human rights around the world, and to effectively promote and protect human rights, democracy and the rule of law. 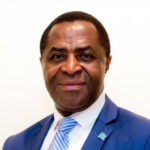 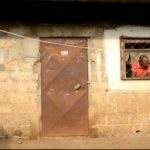