A United States fighter who won and dedicated to ‘Ambazonia’ his first professional fight with Lion Fight Promotions, one of the biggest MauyThai (Kickboxing) fight in the US headquartered in Las Vegas, a city in the US Western State of Nevada has unveiled his fighting calendar for November, 2019, National Telegraph has gathered.

Tafon Ndi Nchukwi originally from Njemba Mankon, a village in Bamenda, a town in the North West Region of the Central African country of Cameroon won his first fight, Saturday June 8, 2019 at Foxwood Resort in Mashabtucket, in the US State of Connecticut.

An announcement within Tafon’s circles says the fighter will be engaged in another fight on Saturday November 2, 2019. The 25-year-old fighter will take on McCowin in a Cruiser-weight fight at the Royal Farm Arena – 201 W Baltimore St, Baltimore MD 21201, starting 5:30PM, National Telegraph has confirmed.

It’s expected that many persons from ‘Ambazonia’ living within the DMV area where the fight will take place and in other states in the US will storm the Royal Farm Arena in Baltimore, Maryland with their Ambazonia flags not only to cheer up Tafon but to also seize the opportunity to sell Ambazoina to the thousands of other persons attending the fight.

Lion Fight Promotions isn’t Tafon’s first professional win in the sports. He won his first professional fight on March 2, 2019 in the Mixed Marshal Arts (MMA) at the Parx Casino in Bensalem, Pennsylvania. Tafon also started an amateur career five years ago before becoming a professional, during which he fought in many places including; Italy, Thailand and all over USA.

The MauyThai winner has represented USA in MauyThai organised by World Kickboxing Association (WKA) in 2016 for MauyThai and K1 and won both titles. Tafon who trains at Team Llyod Irvin MMA in Camp Springs, Maryland, USA has always prayed having more fights in the Lion Fight Promotions and the MMA so that he can get into the Ultimate Fighting Championship (UFC), the biggest fighting promotion in the world.

Tafon became an Ambazonian sensation after pictures of him carrying the Ambazonia Flag circulated on social media, early June, 2019. Ambazonia represents majority of the people of the North West and South West regions of Cameroon now wrapped in an armed conflict.

There’s unrest in Cameroon’s two English-speaking regions since October 2016 that has turned into an armed conflict with a demand by majority of Anglophones in the North West and South West for a separate state called Ambazonia. This crisis has led to thousands of deaths, torching of hundreds of villages, millions of displaced people and thousands of political prisoners. 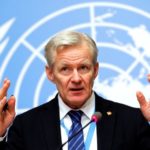 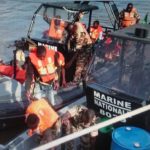