After at least eight months of some underground work, a network of leaders and activists from the Central African country of Cameroon who prefer to be called Ambazonians have secured the services of a top veteran American Diplomat to take up their case for Independence.

The English-speaking regions of Cameroon have been wrapped in a deadly armed conflict since 2017 with Anglophone armed groups fighting for the Restoration of the statehood of Ambazonia, a self-declared independent country the rebels are trying to establish in the country’s North West and South West.

After the killing of thousands of unarmed civilians, torching of hundreds of villages with more than two million displaced either as refugees or Internally Displaced Persons (IPDs), thousands in prisons, these ‘Ambazonians’ took upon themselves to move towards a professional in dialogue and negotiation, they’ve said.

Herman J Cohen, a well-known name in Cameroon’s armed conflict who served as United States Assistant Secretary of State for African Affairs from 1989 to 1993, brokered an end to the Eritrean-Ethiopian War in 1991, and conflicts in Angola and Mozambique has been named to officially represent Ambazonia in any major dialogue or negotiation.

After brainstorming, a 10-man team, including the leader of the Ambazonia Revolution, detained Sisiku Ayuk Tabe Julius, Hon Joseph, Dr David Makongo, Eric Tataw and other high-profile Ambazonians, a meeting with Ambassador Cohen to officially present the Ambazonia case has been made possible, National Telegraph has been told.

Ambassador Cohen last Thursday September 19, 2019 accepted the offer from the Ambazonian leaders and activists in his Washington DC office, National Telegraph has confirmed. He would henceforth represent Ambazonia, Sisiku Ayuk Tabe said in an announcement.

Writing from his jail room in Cameroon’s capital Yaounde, Sisiku Ayuk Tabe Julius who’s now serving a life sentence said the Amabazonian people are ready for dialogue and negotiation once some conditions are met. Below is a full announcement from the Kondengui Principal Prison, a high security detention facility where Ayuk and nine members of his retinue are serving life sentence;

“The Interim Government of the Federal Republic of Ambazonia, under the able leadership of Sisiku Julius AyukTabe, is pleased to announce that Ambassador Herman Jay Cohen has accepted our commission to be the voice of Ambazonia in the community of nations.

Ambassador Cohen is a distinguished American diplomat, a former US Assistant Secretary of State for African Affairs, advisor to US Presidents, and a decades-old veteran of the Foreign Service.

He will add inestimable value to Ambazonia’s existential and sovereign statehood Struggles. He brings on board a wealth of experience and savvy in matters, governmental, diplomatic and strategic as well as informed counselling on world issues.

We are delighted to have him with us, and avail ourselves of this auspicious occasion to welcome him most heartily as we valiantly continue to fight for freedom from colonial depravity and sanguinary repression.
Therefore;

Now the international community or LRC and her supporters can no longer say that they don’t know who to talk to. Ambassador Cohen is the answer.

Only the US can be a credible mediator and therefore the people of Ambazonia submit to America as mediator and venue for reasons of mediation, security and enforcement of resolutions,

All Prisoners of war(POW) must be freed first and all military taken out of our territory.

We are ready to dialogue/Negotiate with LRC only if all these conditions are met.” 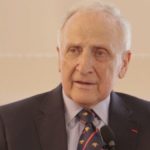 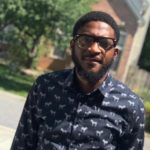